Noah Barnard, Valedictorian of Jubilee Brownsville, has proved to have the essential skills needed to succeed in the demanding academic atmosphere of a university.  At a young age, Noah exhibited the character of a leader and vows to be a motivated and responsible student who not only masters theory but applies it as well.

Noah joined the Jubilee- Brownsville family 6 years ago where he was quickly branded as a gifted student by faculty, staff, and classmates.  During his time at Jubilee-Brownsville, Noah was inducted into the National Honor Society, elected as Student Council Vice President, served as a Character Ambassador, and accumulated 665 community service hours. In addition, Noah was part of the school’s Junior Varsity and Varsity Basketball, Varsity Flag Football, Cross-Country, and Chess teams. Academically, Noah has also been named an Advanced Placement Scholar with distinction. This distinction is granted to students who receive an average score of at least 3.5 on all AP Exams taken, and scores of 3 or higher on five or more of these exams. In addition to AP classes, Noah enrolled in the dual enrollment program with Texas Southmost College and University of Texas Rio Grande Valley. Here he was able to accumulate over 60 credit hours and was granted an Associate Degree in General Studies.

After applying to several Texas universities and numerous Ivy League schools across the country, Noah is excited to begin the next chapter in his education at Southern Methodist University. At SMU less than 50% of students who apply are accepted. Noah was able to win the Hunt Scholarship, which will cover $43,000 of tuition and fees for 4 years. He is majoring in Computer Science and hopes to become a Video Game Designer in the future.

As if Noah didn’t already have a list of accomplishments that anyone would take pride in, he was also awarded the Gates Scholarship. This scholarship is a highly selective award that entailed a nine-month application process and will cover all educational expenses. It is “awarded to 300 top student leaders each year with the intent of promoting their academic excellence through college graduation and providing them the opportunity to reach their full potential.” This brings his scholarship packet total to $320,000.

Noah embodies the meaning of what Jubilee Academies stands for: leadership, excellence, and character. The Jubilee-Brownsville family is extremely proud of Noah and wishes him all the best in his future. The administrative team and faculty will truly miss him. Congratulations to Noah and the Barnard Family!

Twelve high school students from Jubilee-Brownsville are taking their first steps into the medical field through an exciting partnership with the Cameron County Education Initiative, Inc. (CCEI). CCEI is a new non-profit vocational institution built on the foundation of alternative education and sustainable career opportunities for the Rio Grande Valley. Opening its doors in June of 2017, CCEI offered post-secondary programs and training and career preparation for the citizens of Cameron County and has been growing steadily. Last month, they expanded their programs and began the partnership with Jubilee Academies to provide training for students interested in pursuing careers in a medical profession. “We are thrilled about this partnership and the opportunity to serve as a training facility for the students of Jubilee Academies” said Dr. Rita Hernandez, President of CCEI. “These partnerships provide skilled medical training that not only will lead to employment, b 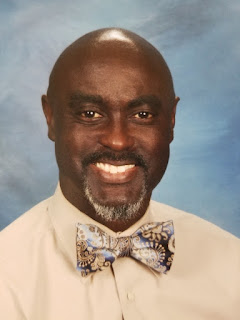 Jubilee Academies welcomes David Richardson to the role of Assistant Principal at Jubilee-Highland Park, beginning this 2019-2020 academic year.   Richardson is a native of North Carolina, an Air Force Veteran, and offers a Master of Arts in Public Administration and Human Resources. He brings with him extensive leadership experience from the Texas public school system where he served as an educator for 10 years. Prior to joining Jubilee Academies, Richardson served one year at San Antonio ISD and eight years with Judson ISD as a teacher, assistant principal and academic dean. He received his Principal Certification from Lamar University in Beaumont, Texas in 2015. Mr. Richardson will serve as Assistant Principal under the direction of Jubilee-Highland Park Principal, James Montano. “I am excited about the opportunity to work with Mr. Richardson,” shared Mr. Montano. “He is an enthusiastic and passionate academic leader who in such a short period of time has built a s 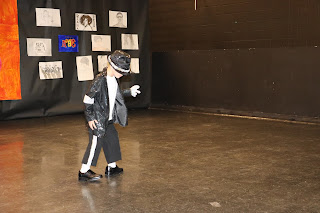 Celebrating Black History Month with a Motown Review   Jubilee-San Antonio students and teachers celebrated Black History month with a fun twist this year by putting together a Motown Review. Students carefully chose songs from some of the best known African American artists, practiced, and performed for their classmates. Reproductions include songs like Jackson 5's "I Want You Back," Smokey Robinson's "Tears of a Clown," Diana Ross' "Upside Down," The Supremes' "Stop in the Name of Love," and  Gladys Knight & The Pips' "Midnight Train to Georgia." The event also included a variety of soul foods provided by student clubs and PTO for students to enjoy after the performances.  A special thank you to all of the teachers and families who helped students practice, making this event a huge success !